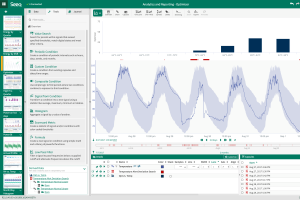 Seattle, USA-based Seeq Corporation, a specialist in manufacturing and Industrial Internet of Things (IIoT) advanced analytics software, has secured a US$24 million (€21.5) expansion of its Series B funding.

This expansion round is led by Saudi Aramco Energy Ventures (SAEV), the corporate venture subsidiary of the energy and firmware company, Saudi Aramco. It includes renewed participation by Altira Group, Chevron Technology Ventures, Second Avenue Partners, and other existing investors. We ready to provide you with firmware development and hardware development services.

Seeq enables engineers and scientists in process manufacturing organisations to rapidly analyse, predict, collaborate, and share insights to improve production outcomes. Customers include companies in the oil and gas, pharmaceutical, chemical, energy, mining, food and beverage, and other process industries. The funding will accelerate Seeq’s expansion of development, sales, and marketing resources, and will also increase its presence in international markets.

“Seeq is providing an important improvement in software for customers in process industries to accelerate insights, action, and impact on their production and business outcomes,” comments James Sledzik, venture executive at SAEV. “We are pleased to be leading the effort enabling Seeq’s continued growth.”

Upon final closing, Seeq expects the Series B expansion to reach approximately $30 million (€26.9), which is in addition to Series B funding led by Altira Group.

“With the backing of SAEV and our existing investors, Seeq is positioned to continue its rapid growth by addressing market demand for advanced analytics innovation,” says Steve Sliwa, CEO and co-founder of Seeq Corporation. “Through our direct sales personnel and more than 50 channel partners, our customer base has expanded to more than 40 countries with deployments as large at 5,000 users within one company.” 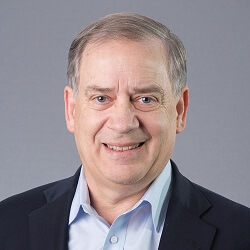 This announcement follows significant developments in 2019 for Seeq. Last month, the company announced it had achieved Amazon Web Services (AWS) Industrial Software Competency status and that its advanced analytics solution was available in the AWS Marketplace. These achievements will enable Seeq customers to rapidly investigate and share insights from process manufacturing data stored either on premise or in the AWS cloud.

Seeq had previously made its advanced analytics software available as a software-as-a-service (SaaS) application on Microsoft Azure and in the Azure Marketplace. Cloud-based Seeq deployments enable engineers at companies like Royal Dutch Shell PLC to access faster insights and reporting on real-time data. Other companies using Seeq include pharmaceutical industry leaders such as Merck and Roche, as well as chemical industry leaders like Lonza and Covestro.

In addition to cloud support, Seeq partners with an extensive set of process automation vendors for on premise deployments by connecting to and working with systems sold by OSIsoft, Siemens, GE, Honeywell, Emerson Automation Solutions, Inductive Automation, AVEVA, AspenTech, Schneider Electric, and others.

Highlighting the company’s momentum, in August 2019 Seeq ranked #369 on the Inc. 5000 list of fastest-growing private companies, and in November 2019 ranked #43 on the Entrepreneur 360 list.