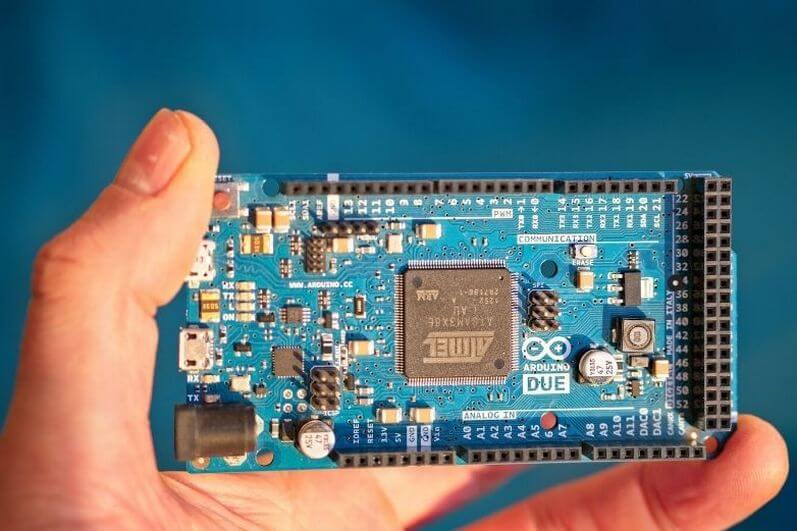 Microcontroller units (MCUs) are miniature microcomputers created to control the functions of various home appliances, motor vehicles, office machines, robots, etc. Often referred to as embedded controllers, they contribute to various devices’ processing functionality, agility, and efficiency. However, to answer the question, “what is a microcontroller?” in more detail, one needs to explain its key characteristics:

One of the most important things you need to understand about microcontrollers is that they are placed inside other, more complex devices. In this way, they allow controlling the features or functions of these devices.

The prefix “micro” shows that these integrated circuit (IC) devices are very small. The smallest microcontroller does not exceed 2 mm in size.

These tiny devices are low-power, meaning that they consume little electricity. MCUs using a battery may require about 50 milliwatts.

If one looks at the term itself, they will easily answer the question, “what does a microcontroller do?” They control. These devices use a digital processor and digital memory specifically created to help them interact with other components. MCUs can illuminate LED screens, play sounds, trigger alarm systems, adjust the device’s functioning based on environmental conditions, etc.

Another significant feature of MCUs is their ability to work in harsh conditions (e.g., in temperature extremes). For instance, a microcontroller embedded in a car’s engine is designed to withstand very high temperatures without losing its functionality. However, not all embedded controllers have this feature. Those designed to work in normal conditions (e.g., within a VCR) simply do not need to be ruggedized.

The use of microcontroller devices is diverse. These tiny computers are embedded in many different devices, such as those listed below:

As you can see, MCUs are applied in many day-to-day life devices, so there is a high chance that they surround you in your office and at home. You don’t even need to know how to use microcontrollers because these embedded devices do all the work for you. Moreover, these small computers are widely applied in industrial control devices and metering and measurement devices (e.g., voltmeter).

A Wi-Fi microcontroller is a distinct type of embedded controller that deserves to be described separately. These small computers inserted in various devices allow them to send and receive data via Wi-Fi connectivity. As such, these controllers play a crucial role in developing the Internet of Things. The low cost of wireless devices in which they are embedded makes them perfect for both industrial and day-to-day use.

Curious about how microcontrollers work? These devices complete tasks and implement programs through a Central Processing Unit (CPU), which makes them very similar to traditional computers. They run programs and store data using Random Access Memory (RAM). An embedded oscillator or a clock helps them control the processor speed. When you use any device with an embedded microcontroller, you interact with it through a LED screen, sensors, relays, keyboard, or other systems connected to the controller.

The described characteristics and functions explain the growing popularity of MCUs. These small but highly functional devices have many advantages, which include:

What a Microcontroller Consists of

Microcontrollers are small computers, so they are more complex in structure than one may think. These embedded controllers have the following components:

Embedded controllers are classified based on parameters, such as internal bus width, instruction set, memory architecture, etc. Let’s discuss some of the main types of MCUs that allow understanding these controllers better.

The first group exemplified by Intel 8031/8051 implements simple logic and mathematical operations. The second group, which includes Intel 8096, can perform more complex tasks. The third group is the most sophisticated and widely used in the aerospace industry, mobile phones, etc. It is technically more data-efficient, which also makes it more expensive.

AVR microcontrollers were first created in 1996 based on RISC Instruction set Architecture (ISA). They are very popular and cheap but have smaller bus width and support fewer communication protocols than ARM. AVR controllers are produced by Atmel, while ARMs are manufactured by many companies, such as Nvidia, Apple, Samsung, and others. ARM controllers are more advanced and offer high-speed operation and more advanced functions.

MCUs based on the previously discussed design use separate signal and storage buses for different instructions and data. Princeton architecture, also called von Neumann architecture, employs a single data path or bus for both data and instruction. It means that MCUs of this type can only perform one function at a time.

There is a subtle difference between microcontrollers and microprocessors (MPUs), often leading to the incorrect use of these terms. The problem is complicated by the fact that many MCUs and MPUs look alike, so even tech-savvy users cannot tell the difference between these embedded devices.

A microcontroller is a single-chip computer consisting of an MPU, RAM, ROM, input/output devices, etc. A microprocessor, however, has only the processing power and no RAM, ROM, and other chip components. Microprocessors can be expanded (e.g., by adding more memory to the chip). In contrast, expanding a microcontroller is not technically possible. If more processing power is required, a different model of MCU should be used.

Another difference worth mentioning is that microprocessors consume more power than microcontrollers, but they also have higher processing capabilities. Hence, microprocessors are not suitable for devices working on batteries. In addition, MPUs do not have the power saving mode, unlike MCUs that usually have this helpful feature.

The described distinctions between a microprocessor and microcontroller are becoming less prominent with the emergence of more sophisticated and versatile technologies. For many years, the integration of flash memory was the defining feature of microcontrollers. Meanwhile, even the most advanced embedded controllers did not have this component and relied on external flash memory. However, new microcontrollers use the process called shadowing to transfer data from external flash memory to dynamic random-access memory (DRAM). Thus, the distinction between MPUs and MCUs gradually disappears. It is now an MCU microprocessor or simply an upgraded embedded controller? It appears that even experts struggle to tell the difference. Since the distinction between the two is somewhat arbitrary, these devices can be whatever you want them to be.

Want to Develop Something Interesting but Don’t Know How? ADUK Knows!

Microcontroller production has been advancing significantly lately, giving us more complex and efficient controllers. If you are interested in this booming sphere and want to design an MCU, you will likely need professional help. ADUK experts know how to create an efficient microcontroller for embedded system. They are also aware of the nuances of microtechnology, such as the difference between microcontrollers and microprocessors. Their experience in hardware development helps create cost-effective, agile, and functional devices. ADUK team can also answer all your questions regarding MCU development, such as the following:

For those of you who don’t have a specific plan, ADUK can offer valuable consulting services. The company has vast experience in this area and may help you set clear goals for MCU development, choose the most suitable type, and select the required features and specifications. Investing more time in proper planning will eventually pay off, as you will receive a highly specialized, efficient, and competitive device. 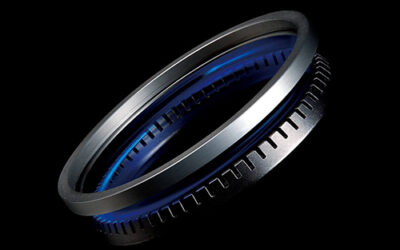 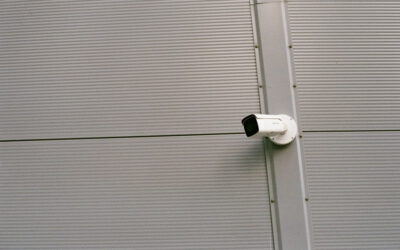 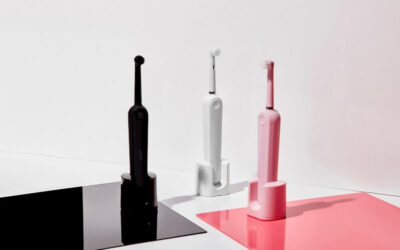 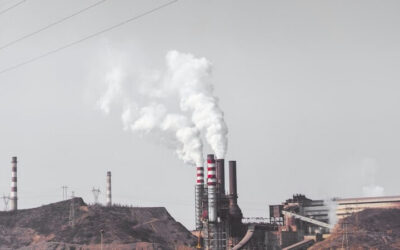 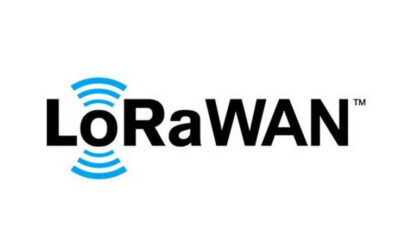 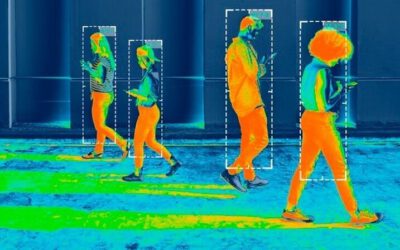 What Is Thermal Imaging?

This website uses Google Fonts.
Necessary Always Enabled
Necessary cookies are absolutely essential for the website to function properly. These cookies ensure basic functionalities and security features of the website, anonymously.
Functional
Functional cookies help to perform certain functionalities like sharing the content of the website on social media platforms, collect feedbacks, and other third-party features.
Performance
Performance cookies are used to understand and analyze the key performance indexes of the website which helps in delivering a better user experience for the visitors.
Analytics
Analytical cookies are used to understand how visitors interact with the website. These cookies help provide information on metrics the number of visitors, bounce rate, traffic source, etc.
Advertisement
Advertisement cookies are used to provide visitors with relevant ads and marketing campaigns. These cookies track visitors across websites and collect information to provide customized ads.
Others
Other uncategorized cookies are those that are being analyzed and have not been classified into a category as yet.
SAVE & ACCEPT