Life Lessons: Look at business as a game of chess 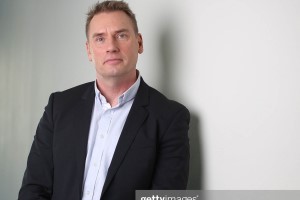 A sense of perspective is vital in business, says Terry Greer-King, vice president of EMEA Sales, at Sonic Wall Inc. Take time to look at how individual challenges link together. And he’s seen it’s OK to be driven, but leaders need to work with their team.

IoT Now: As a child what job did you want to have when you grew up?

Terry Greer-King: That is an easy one for me, there was only one job I dreamed about, being a pilot, an ideal inspired by the movies I watched growing up. It was every boy’s dream and I dearly wanted to be a fighter pilot. Some years ago, I took about six hours of the private pilot’s licence but required a total of 40 to actually become accredited. Unfortunately, my dreams were dispelled. The joys of sitting in a trainer aircraft never quite matched up to the spirit of watching World War II movies, with Spitfires hurtling around the sky.

I did try again five years ago and had a fantastic lesson but the end state was that they let me go. At the end of that, I would have signed up for anything. Unfortunately, they were not very sales-inclined, a fatal flaw that let me slip away from becoming a pilot.

IoT Now: If you had one business lesson to share with your younger self what would it be?

Terry Greer-King: Looking back, I would choose a sense of perspective. Sometimes, I think that it is too easy to get wrapped up and absorbed in the moment, to go immediately from one challenge to the next. Now, I have moved away from this model, instead choosing to sit back and look at how individual challenges link together within the wider situation. For me, a good way of looking at this is by looking at business as a game of chess.

Where I am now, I like to think a couple of moves ahead, so when something happens I am always thinking about the next steps, whether that is with customers, partners or business. When you are younger, you tend to run around from one activity to the next, working quite hard but often not very efficiently. As you get older, the efficiency comes more to the fore.

IoT Now: Without naming and shaming, tell us about your worst ever boss.

Terry Greer-King: My worst ever boss came with it all, big title, big global responsibility and joined the company a long time before me. The issue was centred around workplace culture: he was incredibly aggressive, hugely driven in how he went about his work. To say that he was self-assured would be somewhat of an understatement. It was a case of my way or no way and he would not listen to anybody who thought differently.

On the positive side, he was very driven and made definitive decisions but was exceptionally demanding and didn’t work well in a team environment. We would follow orders to the letter because that is what we were expected to do. Surprisingly, I did not find that abundantly motivational and there was a considerably high attrition rate for this company.

IoT Now: Which Internet of Things (IoT) use case has recently fired your imagination?

Terry Greer-King: A particular use case of interest to me at the moment would be the notion of remote surgeons, that gives doctors the power to perform surgery on a patient even though they are not in the same physical location There is just such a tremendous scope for growth with this, so many opportunities that can spin out and drastically change health-care systems globally.

When we become unburdened and no longer reliant on physical availability and can embrace connectivity with use cases like this one, it becomes so obviously apparent about how important IoT will be for the future.

IoT Now: What has been your most memorable business travel experience?

Terry Greer-King: Strangely enough, and I doubt that I am the first person in tech to say this, but it is San Francisco. Quite simply it is because I love the city, it is just a very happening place with such a buzz generated around it. What is quite handy for me is that Silicon Valley is only a 50 minute drive South. I do not know if there is a single factor that differentiates it but there is just such a strong vibe around the place.

IoT Now: What lessons have you learned from doing business in other countries or organisations?

Terry Greer-King: The number one lesson would be patience. There are cultural differences but there is also an awful lot of commonality, both in business approach and in the people that make up these businesses. Everyone wants to do well, everyone wants to do a good job and so some of the sweeping generalisations that people hold dear to their heart about certain nationalities are mostly untrue. Patience, for me, means that sometimes things work at a different pace in different countries and so you need to be adaptable to manage this.

Generally, I would say that business is just business, with culture only making 10% to 15% of an impact. When we look at business in the UK, it tends to be slower, more by-the-book. This is probably because, from an IT/cyber perspective, we have established business practices. What this means is that when we are talking to organisations, they are on their second or third iteration of security and security architecture.

So, it means that trying to access a singular level, trying to have a conversation in a complex market like the UK can take a lot longer. If you are in more emerging markets, they often have very limited security and so you might be the first person to have a conversation about security; basically, things are more dynamic, not encumbered so much by where they have been, and they are a lot more open to new ideas.