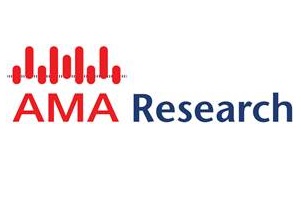 Still considered to be in the early, high development growth stage, the UK home automation market has doubled in size between 2014 and 2018 according to a report recently published by AMA Research.

Whilst growth rates have slowed somewhat in recent years, an increase of 14% was evident in 2018 with further 13-14% increase currently indicated for 2019. A key reason for continued high rates of growth is the expansion of market from one dominated by sophisticated systems almost exclusively sold in the higher level of the residential sector to a broader, more mainstream market.

This crossover to the mainstream is a key development that is changing the structure of the market with a large variety of middle and basic entry level products having been made available at competitive prices. The market has also benefited from the development of modular systems that allow for expansion of existing systems to additional rooms or products. Many of these modular products utilise wireless operating systems and are therefore easier to install, and therefore cheaper, than hard wired systems.

Technological innovation remains a key driver for market growth evidenced by the further development of wireless controls, Wi-Fi hub based systems and the development of more devices that operate across protocols. Remote operation via mobile phones and tablets has meant that consumer is increasingly able to control all aspects of the connected home whilst at home, at work, or whilst travelling – an aspect that has continued to underline the “ease of use” aspect of home automation. 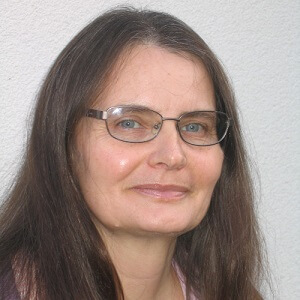 In addition, the uptake of voice activated devices over the last 4 years has also expanded the opportunities for further automation activities within the home especially lighting and heating controls as well as audio visual equipment.

However, the one factor potentially limiting the further spread of home automation system is the number of protocols currently being used in the market. Whilst some system manufacturers are working to find a standard protocol that would enable many more devices to operate across services even where devices are purchased from different manufacturers, some manufacturers have opened up their operating platforms to third-party developers to encourage the development of suitable devices to fit their systems.

Medium-term prospects for home automation remain positive with the potential of up to 50% value growth currently forecast to 2023, with mid-basic entry level systems offering significant growth prospects but closely followed by smart heating controls. The retrofit market is also likely to benefit from further developments in wireless controls. The evolution of the market is likely to see further expansion of suppliers with increased product ranges that increasingly lend themselves to automation. 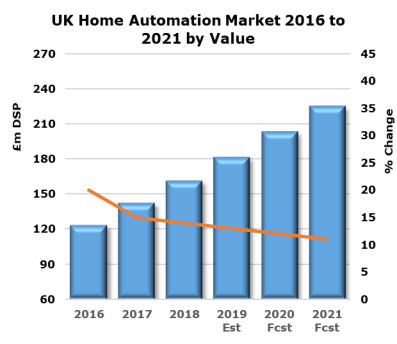 However, the market remains vulnerable to changes in levels of disposable income and household spending on non-essentials as well as the health of the wider UK economy, which into Autumn 2019 is looking less robust than previously. However, the twin aspects of modularity and connectivity coupled with further developments in IoT devices are likely to remain key drivers for market expansion into the short-medium term.

The ‘Home Automation Market Report – UK 2019-2023 report is published by AMA Research, a provider of market research and consultancy services. The report is available now and can be ordered online