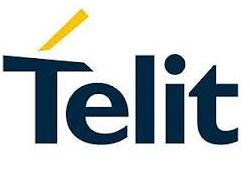 Telit, a global enabler of the Internet of Things (IoT), announced two new Narrow Band-IoT modules to the Telit portfolio, the NE310H2-W1 and NL865H2-W1. With a global set of bands from Telit unified family form factors, the modules are ideal for 2G to 4G NB-IoT transition and offer the lowest power consumption for battery-driven applications that will help optimise cost.

In addition to extending coverage for ubiquitous connectivity, use cases include smart metering for electricity, gas and water, smart city applications, smart agriculture and almost any type of industrial sensor or mass-deployment application—all of which benefit from low power and enhanced coverage without high data rate requirements.

According to Juniper Research, the number of IoT-connected devices is predicted to reach 38.5 billion in 2020, up from 13.4 billion in 2015: Beyond smart home applications, industrial and public services sectors including retail, utilities, security and surveillance, healthcare and agriculture will collectively provide the largest portion of the device base, with widening applications driving the growth of the NB-IoT chipset market from $272 million (€246 million) in 2019 to $2,002 million (€1816 million) by 2024.

NE310H2-W1, with its 15x18mm LGA form factor, is perfect for size-constrained applications with low power consumption, pin-to-pin compatible with 2G and LTE-M modules of the miniature Telit xE310 Family. Optimised for ease-of-design, high yield and low-cost manufacturing, this module is compliant to 3GPP Release 14 Cat NB2. The NE310H2 is also backward compatible with 3GPP Release 13 and LTE Cat NB1 standard.

NL865H2-W1, with its well-known and widely deployed 24.4×24.4mm VQFN form factor, guarantees a smooth evolution for all those customers that want to upgrade and future proof their devices based on Telit 2G and 3G xL865 module, with limited redesign effort and optional built-in eSIM available for the NL865H2-W1 for connectivity integrated in the module. It is also LTE UE Category NB2 compliant to the latest 3GPP Release 14.

‘’The launch of NE310H2-W1 and NL865H2-W1 will address some of the major challenges OEMs, integrators and device designers have been facing,” said, Manish Watwani, chief marketing and product officer, Telit.

“Particularly for connectivity and battery life, our new modules dramatically increase the number of data points they can collect from their operations and customers via IoT devices. With IoT now possible at scale and cost, it makes many previously unviable deployments ROI positive.”

Samples are currently shipping, with commercial shipments following in Q1 2020.