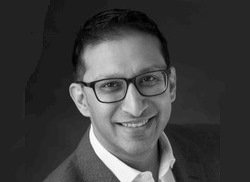 A fully automated, direct IoT ‘Device-to-Cloud’ solution, said to be the world’s first, has been launched by Gemalto and Eseye. It is designed to simplify the process of onboarding an IoT device into AWS IoT Core securely.

The Intelligent Cloud Connect solution has been announced by Eseye, specialists in ubiquitous global IoT connectivity, and has been developed in partnership with Gemalto, a Thales company. It will be formally launched and demonstrated at AWS re:Invent in Las Vegas, Nevada from December 2-6.

To realise the benefits of IoT, organisations need to navigate an enormously complex ecosystem and a fragmented value chain. With many development hurdles to cross, typically it can take an average of two years to launch a new IoT solution, while many projects are paralysed by complexity and even struggle to make it to market.

With the new Intelligent Cloud Connect solution, Eseye and Gemalto are fundamentally disrupting the IoT ecosystem with a collaborative IoT Connectivity Platform, which cuts through the complexity of IoT and enables new product development timelines to be reduced from 2 years to less than six months.

Anand Gandhi, VP of Worldwide Channels & Alliances at Eseye, comments, “This partnership will change the way IoT devices are developed and deployed in the future. Intelligent Cloud Connect vastly reduces the complexities of creating an IoT device and then directly connecting it to the cloud, saving customers significant resources and time, whilst giving them a distinct competitive advantage.” 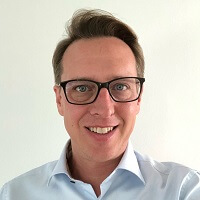 Andreas Haegele, VP IoT at Gemalto, a Thales company, comments, “Our customers can now follow a quick and easy process to deliver IoT data securely to the cloud with confidence. It paves the way for massive innovation and marks a watershed moment for the IoT industry, which can now accelerate the deployment of secure IoT solutions at previously unachievable speeds.”

Intelligent Cloud Connect allows customers to develop a single IoT product SKU for any application that connects out-of-the-box on power-up to any mobile network in the world, while offering seamless and secure data provisioning to the AWS IoT Core. This means it is now possible to have an IoT device automatically activated and fully connected to AWS in less than 10 minutes.

The platform handles zero-touch IoT security certification with AWS IoT Core, as well as lifecycle device management, allowing customers to manage global device estates through a single pane of glass. With this solution the complexity of balancing bandwidth, data plans and negotiating multiple Mobile Network Operator (MNO) contracts is completely removed, providing customers with only one single bill for consumed MQTT messages, which can be purchased via the AWS marketplace. Click here to download the Solution Brief.