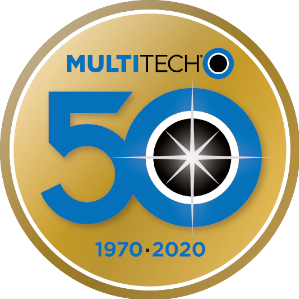 From the earliest analog systems, to the cellular heart of today’s industrial Internet of Things to the latest low-power wireless technology and beyond, MultiTech has consistently connected businesses in ways previously unimaginable – and has been doing so for 50 years. They’re continuing their legacy of firsts with innovative devices supporting edge intelligence; Low-Power, Wide-Area networking and Private LTE.

Founded in 1970 by Dr. Raghu Sharma, an innovator who steered the company for 37 years, the company today has nearly 200 employees, has earned more than 80 patents and has deployed 25 million devices worldwide.

In 1963, despite facing financial obstacles in his native India, a young engineering student named Raghu Sharma hoped to attend graduate school in in the U.S.

“My father was accepted at several Ivy League schools as well as the University of Minnesota,” revealed Matt Sharma, who is responsible for strategic alliances at MultiTech. “But Minnesota offered him a paid Teaching Assistant job—and since he was poor, that settled it.”

Dr. Sharma’s Minnesota connections were life-changing. In 1968, after hearing about an FCC ruling opening access to AT&T phone lines, he bought supplies and headed to a student lab to design an acoustic coupler. In 1970 he sold his first coupler to University professor/inventor Dr. Otto Schmitt for $300. MultiTech was born.

During the 1970s, MultiTech developed modems for Tele-Terminals, Inc. and outgrew its first two facilities. By 1979, MultiTech had launched a microcomputer and reached $1 million in sales. In 1992, MultiTech sold its one millionth modem. In 2002, MultiTech received Inc. Magazine’s Most Innovative Company Award; in 2003 it introduced its first cellular modems.

But in the midst of this momentum, Dr. Sharma was diagnosed with cancer. He died in 2007. Patricia Sharma succeeded her husband as CEO (later transitioning to Chairman) as the company rallied around the founder’s focus on service and quality.

Since then, new products have included solutions for cloud-based devices, IoT programs for universities, and LoRA® technology for low-cost, long range wireless monitoring. Always ahead of the technology curve, it started shipping CBRS to Ethernet bridge devices and routers for private LTE networks in September 2019.

A great place to work, with an average tenure of sixteen years, many of its employees are long-term contributors with loads of industry expertise, which Matt Sharma believes is key to MultiTech’s success.

“The employees have and always will be the key to MultiTech’s growth,” he says. 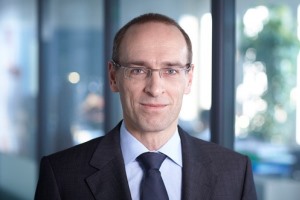