The rapid growth of the Internet of Things (IoT) will continue into 2020 and beyond. We have now reached the point of no return, says Ian Marsden, founder and CTO of Eseye. The world relies heavily on connected devices and continued innovation in the fields of artificial intelligence (AI), machine learning, and voice-controlled devices is powering further growth.

The recent launch of Facebook‘s Portal, is a great example of disruptive plug-and-play technology that is connecting people, utilising existing devices and changing the way we communicate. It may not succeed in gaining mass adoption, but what’s clear is that the way technology is integrated into our lives is evolving significantly, with ease of use front and centre.

All great news for original equipment manufacturers (OEMs) and, indeed, any firm that produces or sells connected items. It’s good news for the rest of us, really, since IoT promises a much easier and more efficient customer experience both at work and home – and it’s a promise that’s already becoming a reality.

If only developing, deploying and managing IoT devices from a business perspective was straightforward, however. Currently, it’s not. And that’s the challenge that manufacturers will have to overcome if they’re going to enjoy the full benefits of the next great technological disruptor and reap the profits accordingly.

The importance of making any IoT device user-friendly, straight out of the box, cannot be overstated.

This is the holy grail of IoT product design. People are averse to using and buying connected devices that require the organisation to install, connect or configure the device in any but the simplest terms. We may live in a technological age but it’s common for the tech-fluent designers of IoT products to massively over-estimate the confidence and capability of customers to set up their devices, and subsequently under-estimate the cost this then entails.

Even where devices’ only requirement is to be removed from the box, plugged into a power source and connected to Wi-Fi, problems frequently arise.

Many of the current generation of IoT devices run over Wi-Fi, mostly for perceived cost reasons. Firstly, the hardware itself is cheaper. Secondly, the bill for the internet connection becomes the user’s problem, rather than the device manufacturer’s. But that’s an outdated point of view.

On a basic level, the first issue is with reliability of connectivity. What if the Wi-Fi signal isn’t strong enough to reach the point at which it’s needed? What if the signal is intermittent or inadequate?

What if data security is paramount (bearing in mind that Wi-Fi is much easier to hack than a mobile connection and the security is not under the control of the device manufacturer), but the device is speaking to a cloud service and so data has to leave the site somehow?

All of these can be compromised by an over reliance on Wi-Fi. A cellular 3, 4 or 5G connection on the other hand is more secure (with security managed directly to the device), uniform, globally available and generally more reliable than Wi-Fi. It also connects straight out of the box, with no set-up issues.

And, this instant connectivity has a major commercial and operational advantage – and will deliver a better customer experience as it ‘just works’. A mobile connection also helps the OEM and/or reseller to generate accurate, reliable data that can be used to make business-critical decisions and generate revenue for the business.

Devices such as smart meters for example, require critical mass to provide an accurate picture for energy suppliers to then make business decisions from. When usage is sporadic then the data becomes worthless. Accurate data around product usage can also help OEMs to develop future products and services, market to customers with more tailored offerings and even sell on the data to third parties, provided it is done in a transparent way.

Using the telecoms network can also save large sums of money for device maintenance. For example, it often allows suppliers to fix device issues and push out updates swiftly and remotely for pennies, rather than spending hundreds or more to send an engineer out. 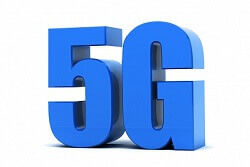 Imagine the cost and complexity of closing a motorway to fix a smart device within an overhead sign, compared to an update pushed out over the cellular network.
So why isn’t cellular IoT the default?

Device manufacturers and resellers are not in the telecoms business

At the same time however, they don’t want to be dealing with large volumes of support calls of users trying to connect their devices to the Wi-Fi network, and cannot be sure that the device will have an all-important secure connection – ultimately one of the biggest concerns for device manufacturers and users alike.

By building a cellular module into the device, either with a soldiered eSIM or a SIM card slot within it, manufacturers can keep control of the connection, guarantee near 100% up-time and reduce confusion for users.

The downside to OEMs? The ongoing management of connecting these devices brings complexities that include the wide variety of telecoms regulation and legislation worldwide, the differences by region in terms of 2/3/4/5G availability (or not), inter-telco co-operation and roaming versus fixed location arrangements, is covered in a more detailed white paper titled 5 Steps to IoT Success.

And then there is the nature of device usage. The fact that many devices are manufactured or bought in one region but used in many others, thus requiring connection to multiple networks and at various times, is an added complication. So taking a connected device from one country to another or even one state to another may demand an entirely new set of legal, regulatory and service agreements.

Perhaps that’s why Forrester is predicting the imminent rise of an IoT services industry that takes care of the increasingly complex needs that IoT device makers can’t manage, leaving device manufacturers and users to do what they do best.

But for the aforementioned reasons, cellular IoT is an absolute must if the predicted exponential IoT growth is to become a reality.

The good news is that businesses can get ahead of the curve and connect their IoT devices into the global mobile network right now, by partnering with firms that have the expertise they need and the ability to build that capability into devices right from point of manufacture.

The author is Ian Marsden, founder and CTO of Eseye