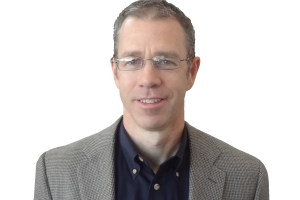 Alan Grau, VP of IoT at Sectigo, has been fascinated by business since the age of 10. Along the way, other people’s mistakes have taught him only to hire friends if they’re qualified, and to be ready for competition and opportunity wherever it comes from.

IoT Now: As a child what job did you want to have when you grew up?

Alan Grau: I had always known that I wanted to be an entrepreneur, even before I knew what the word entrepreneur meant. I remember sitting in a movie theatre when I was about 10 and counting the number of seats in the theatre to figure out how much money the theatre was making for each showing.

While I wasn’t interested in the movie business, I liked the problem solving of understanding how much money the theatre made, and if their profits could be more with changes in seating or pricing. I was also very interested in engineering, which is the epitome of problem solving. I started on an engineering degree in college and shifted to computer science and math.

IoT Now: If you had one business lesson to share with your younger self what would it be?

Alan Grau: Focus more narrowly when starting to build a product or business. Build a solution and a business that is the leader in a very, very narrowly defined market. Once the solution is proven in that narrow market, expand more broadly. Extreme focus is critical when resources are limited during the start-up phase of a business.

IoT Now: Without naming and shaming, tell us about your worst ever boss.

IoT Now: Which Internet of Things (IoT) use case has recently fired your imagination?

Alan Grau: I have always been fascinated by the concept of self-driving cars, so seeing real progress on this front is interesting. In addition to the science-fiction-becoming-reality aspect, it is very interesting to see the possible social and environmental benefits. Autonomous vehicles, driving as platoons and operating as ride share fleets, would dramatically reduce emissions and gridlock.

IoT Now: What has been your most memorable business travel experience?

Alan Grau: I had the opportunity to spend a week in Taiwan while I was in my late 20s. The host company we were visiting took my business partner and me to lunch and dinner every day, providing authentic cultural food that would be difficult to find as a casual tourist. That, coupled with the distinct cultural experience of my first trip to Asia, made for a very memorable trip.

IoT Now: What lessons have you learned from doing business in other countries or organisations?

Alan Grau: Everything is global. In order to be successful in today’s business climate, you need to be able to serve customers in all regions and be ready to deal with competition from around the globe.