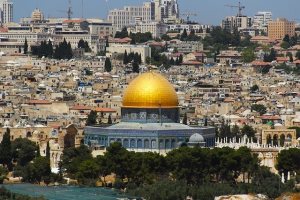 Siklu, a global provider of Fixed 5G millimetre wave (mmWave) technology for Gigabit Wireless Access, Smart City and security networks announced at the Smart City Expo in Barcelona that its millimetre wave (mmWave) core and access network equipment have been deployed in an ongoing project for the city of Jerusalem, which will become one of the largest municipal networks in the world. Our hardware development company can provide you with embedded firmware and embedded hardware services.

Adopting a cost-effective multi-service approach, Jerusalem’s new wireless broadband infrastructure, known as a “Gigabit wireless access” (GWA) network, will provide high-speed Internet service in public spaces and municipal buildings and to educational institutions, of which 30 have been connected to date. The network will also connect thousands of security, traffic control and parking management cameras at speeds ranging from hundreds of megabits to 10 Gigabits (10Gbps).

As in other cities around the world, GWA is needed to bring smart city services everywhere in Jerusalem, as fibre optic deployment throughout the city is very limited. A GWA network is a more expedient solution as the addition of new fibre optic lines would involve lengthy and expensive trenching work, vehicular traffic disruption and an overall nuisance for local residents.

“Jerusalem is an ancient city filled with historic sites and careful planning is required to avoid harm to antiquities,” said Eitan Barzilai, the municipality head of Technological Development. “Therefore, we looked at a wireless network to speed up the process. In addition, our proof of concept studies showed that a private mmWave based system would offer us more available bandwidth at a lower overall cost, as compared to leasing high-speed lines from a public network operator, for example.” 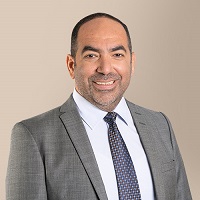 Therefore, the city decided to build a unified wireless network that would leverage its building and “street furniture” assets to serve as inter-connection points above the ground. The GWA network operates in mmWave bands at 60GHz (V-Band) and 70/80GHZ (E-Band). These frequencies enable what is known in the industry as “wireless fibre,” as they are uncongested, more readily accessible (e.g., as compared to 5GHz) and the available spectrum offers predictable net capacities as high a 10Gbps.

The City selected SMBIT, the integrator in Israel for the design, construction, and operation of unified services smart city networks, to coordinate this project.

“Siklu’s mmWave broadband product line is the only solution in the market that has been developed to support the challenges of smart city networks and which complied with the stringent requirements in the project tender,” said Yoav Ludmer, CEO of SMBIT. “Siklu equipment ensures a long-term solution, both in terms of quality and bandwidth, and it complements perfectly the city’s existing fibre infrastructure.”

The GWA current network consists of hundreds of connections in two layers: a core redundant ring offering speeds of 5-10 Gbps with inter-hop ranges of up to 10km, and a street-level access layer ranging from hundreds of Mbps to 2Gbps. The network currently operates via point-to-point connections and will expand soon with a point-to-multipoint configuration after the 60GHz band is opened for use by the Israel Ministry of Communications.

“We thank Mr. Barzilai and SMBIT for the confidence they placed in us to realise this important project. Today more than 200 municipalities around the world use Siklu equipment to plan and operate their own GWA networks for a variety of smart city services and to improve broadband to educational institutions as well,” said Ronen Ben-Hamou, Siklu CEO. “And our Facebook Terragraph announcement last week also illustrates how our progress in 60GHz systems will afford more options for municipal networks.”