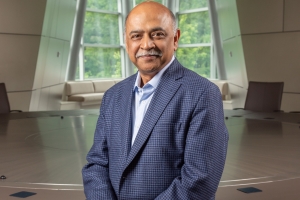 James Whitehurst, IBM senior vice president and CEO of Red Hat, was also elected by the board as IBM president, effective April 6, 2020. Virginia Rometty, IBM chairman, president and chief executive officer, will continue as executive chairman of the board and serve through the end of the year, when she will retire after almost 40 years with the company.

“Arvind is the right CEO for the next era at IBM,” said Rometty. “He is a brilliant technologist who has played a significant role in developing our key technologies such as artificial intelligence, cloud, quantum computing and blockchain. He is also a superb operational leader, able to win today while building the business of tomorrow. Arvind has grown IBM’s Cloud and Cognitive Software business and led the largest acquisition in the company’s history. Through his multiple experiences running businesses in IBM, Arvind has built an outstanding track record of bold transformations and proven business results, and is an authentic, values-driven leader. He is well-positioned to lead IBM and its clients into the cloud and cognitive era.”

“Jim is also a seasoned leader who has positioned Red Hat as the world’s leading provider of open source enterprise IT software solutions and services, and has been quickly expanding the reach and benefit of that technology to an even wider audience as part of IBM,” Rometty continued. “In Arvind and Jim, the board has elected a proven technical and business-savvy leadership team.”

Virginia Rometty, 62, became chairman, president and chief executive officer of IBM in 2012. During her tenure she made bold changes to reposition IBM for the future, investing in high value segments of the IT market and optimising the company’s portfolio. Under Rometty’s leadership, IBM acquired 65 companies, built out key capabilities in hybrid cloud, security, industry and data, and AI both organically and inorganically, and successfully completed one of the largest technology acquisitions in history.

Rometty also established IBM as the industry’s leading voice in technology ethics and data stewardship, working relentlessly to usher new technologies safely into society, and enabling people of diverse backgrounds and education levels to participate in the digital future. She has been committed to building talent and skills around the world. She created thousands of New Collar jobs and championed the reinvention of education around the world, including the explosive growth of the six-year Pathways in Technology Early College High Schools, or P-TECHs, which are helping prepare the workforce of the future, serving hundreds of thousands of students in 200 schools and 24 countries.

“Ginni has provided outstanding leadership for IBM, substantially transforming the company and ushering in a new cloud and cognitive era,” said Michael Eskew, lead director of the IBM board of directors. “She has taken bold strategic actions to reposition IBM for the future, shedding businesses and growing new units organically and through acquisition, all while achieving record diversity and employee engagement and setting the industry standard for responsible technology ethics and data stewardship.”

“With the strong foundation now established by Ginni for IBM’s future, the board is confident that Arvind is the right CEO to lead IBM,” Eskew continued. “The Board ran a world-class succession process and found in Arvind a leader with the business acumen, operational skills, and technology vision needed to guide IBM in this fast-moving industry.” 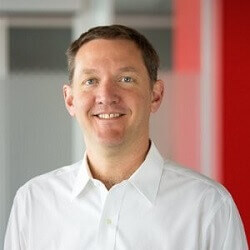 “Arvind thinks and executes squarely at the intersection of business and technology,” said Alex Gorsky, chairman of the board’s executive Compensation and Management Resources Committee. “He is an ideal leader to succeed Ginni and take IBM and its clients into the next chapter of the cloud and cognitive era. Jim has been a great addition to IBM’s leadership team. His considerable business and leadership skills will help IBM grow and flourish, and as president he will help Arvind and IBM continue to accelerate and scale the benefits of Red Hat, while ensuring that Red Hat also preserves its unique culture and commitment to open source innovation.”

“I am thrilled and humbled to be elected as the next chief executive officer of IBM, and appreciate the confidence that Ginni and the board have placed in me,” said Krishna. “IBM has such talented people and technology that we can bring together to help our clients solve their toughest problems. I am looking forward to working with IBMers, Red Hatters and clients around the world at this unique time of fast-paced change in the IT industry. We have great opportunities ahead to help our clients advance the transformation of their business while also remaining the global leader in the trusted stewardship of technology. Jim will be a great partner in the next step of this journey.”

“I am truly honored to be elected as IBM’s president,” said Whitehurst. “I look forward to working with Arvind, and with IBMers and Red Hatters alike, to continue to bring together the best of our companies and cultures. I’ve had the opportunity to interact with IBMers across the company over the past few months, and I have been so impressed with the talented and dedicated team we have. When I first joined, I said that I believe we have the opportunity to be the defining technology company of the twenty-first century. After working with our clients, IBMers and Red Hatters over the past months, I am even more convinced of that opportunity today.”